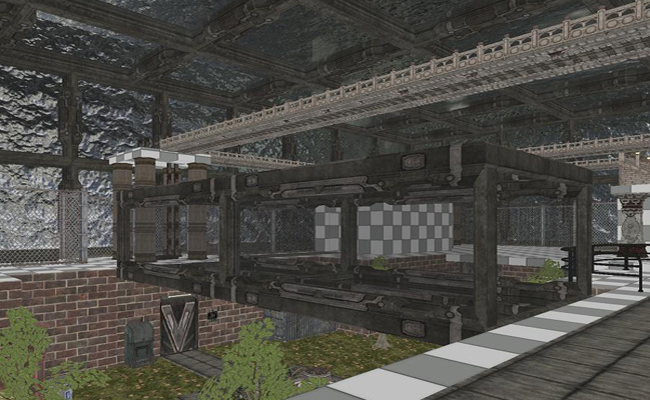 The Courtyard is a level I built using the Unreal Engine 3 Toolkit. Originally, I planned to enter the Courtyard in the 2008 Old School Design Contest hosted by 3D Buzz; however, halfway through the project I decided to just finish the level as a fun side project. Most of the applicants in the contest built their own models, but since I had no experience modeling, I was at a large disadvantage in creativity category. Nonetheless, I finished creating the Courtyard, and it is a fully playable level in Unreal Tournament 3.

Every asset and model used in the Courtyard was provided by default in the toolkit. For certain models, I created my own custom UV textures to add a little personal touch, but prior to the project I had never used any photo editing software to create or modify UV textures. The level features three floors, and about four or five unique areas such as the boiler room, a skybox, and of course the courtyard. The entire level was built in about two weeks.

When I first started drawing concepts of the Courtyard, my intention was to create a fully underwater arena with tightly-spaced corridors and large open areas for long-range frags. During the game testing phase, I learned that most of my size approximations were too small, and the open areas played much faster as a result. In the image gallery, I have included one of my original sketches and some screenshots from the early development phase of the Courtyard.