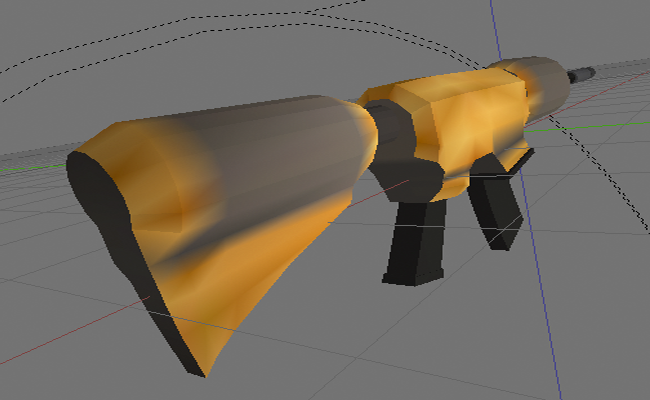 After the code development for Monkey Arena had reached a breakpoint in the summer of 2009, I started to create gun models for game testing. To give the game more of an identity, the “Monkey” name was replaced with the name “Prime8”. Thus, this group of models became known as the Prime8 Weapons.

For each Prime8 weapon, I took the silhouette of a real weapon and merged it with the image of a corresponding fruit. To maximize the visual effectiveness, I also gave the gun stocks a barrel texture that looked like textures seen in the Donkey Kong video games. The barrel-like stocks gave the appearance of classical shipping containers that might have been used on old trade boats. In all, I completed two of the weapons: the “Pineapple Sniper” and the “Grape Machine Gun”. The models were completed in Blender, and the textures in Photoshop CS4.