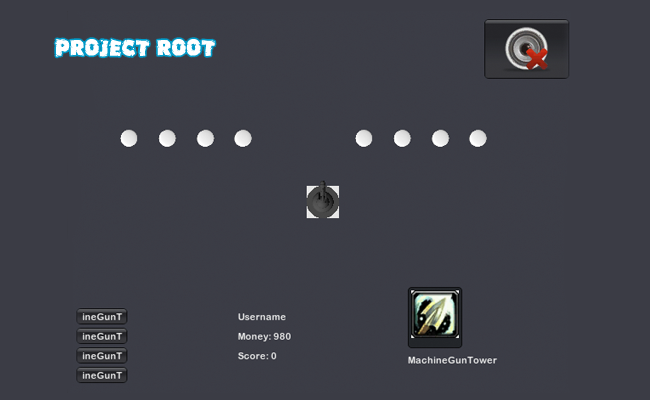 Project Root is the second edition of 3JTD. After going back to the drawing board, I decided to include new gameplay elements into the game. The new elements came from games like Viva Pinata and Age of Empires. I had always felt that those games did a good job in giving a single player control over a large environment. Plus, I also desperately wanted to upgrade the graphics from 3JTD.

In the first weeks of Project Root’s development, I spent a lot of time modeling the controller mechanics after the isometric look-and-feel seen in Viva Pinata. I also added the movement snapping for when players are selecting buildings or towers. The goal was to ensure the revamped control system was ready for full 3D and capable of complex commands without bloating the HUD display.

Before I could finish the project, I was pulled away by a very busy junior semester of college. I did manage to integrate some other small things in the GUI like tower updates and purchases, but most of the project remains largely unfinished. Like many of my other prototypes, I plan to return to Project Root and finish the game when I have some free time. The game was being created in Unity3D and slated to be released on the web.