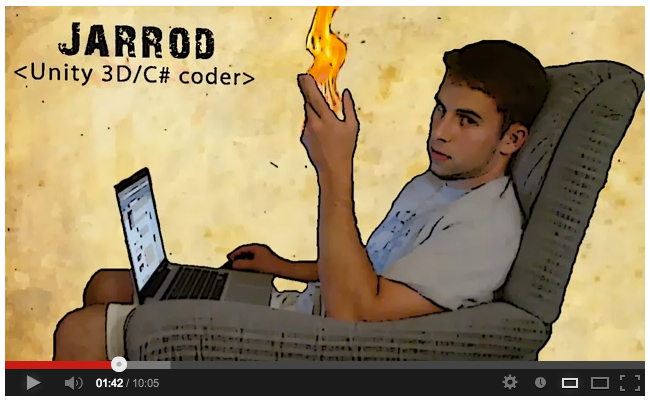 In the summer of 2010, I was invited to participate in the Adventures in Game Development (AiGD) YouTube series. My role was to demo game development in Unity.

Just for some background, AiGD is a YouTube web series that has existed since 2007, and it has attracted thousands of viewers for its “behind closed doors” looks at indie game development. The series follows Falco Girgis and his team of developers as they work on the Elysian Shadows game project and other related tools. The series has also grown to include educational segments for game development, general programming, and design principles. At the time I was featured in the series, the Elysian Shadows team was hard at work to fix their new level editor known as ESTk.

In the videos for Chapter 17, I discuss two major design approaches for adding game behavior to objects–composition and inheritance. During my main segment I give some game related examples to explain my points, but most of the concepts I cover hold true anywhere in object-oriented programming. I was also included in several subsequent chapters of AiGD, but I withdrew my active participation with the Elysian Shadows team because of other commitments.