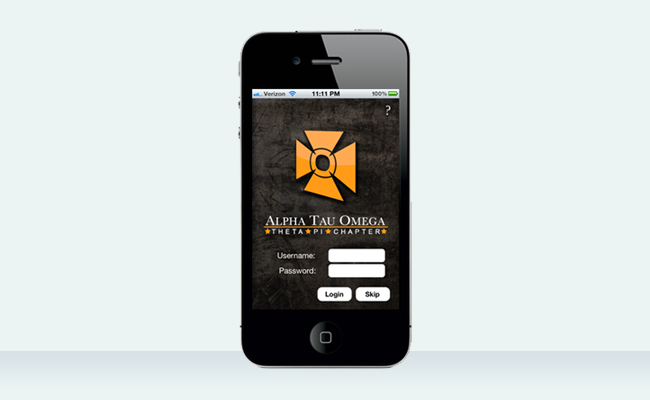 Alpha Tau Omega Mobile, or “ATOM”, was my first iPhone application. I designed the app for my chapter of ATO at the University of Alabama in Huntsville.

ATOM is a basic management tool for a fraternity. It included a simple tab-based design inspired by Twitter. The tabs included the following sections and functionality:

To access the application, I created and maintain a user database of the brothers who were active in the chapter. I had planned on extending this feature for alumni as well, but the main focus was improving the communication of the local chapter.

Overall, ATOM accomplished my goal to improve the internal communications of our chapter by providing an easily accessible news feed and roster. During the national awards ceremony for ATO in 2012, our chapter received the Gold Communication Award largely due to ATOM. Unfortunately, ATOM is no longer in the App Store or actively supported because I no longer have time to support the product.