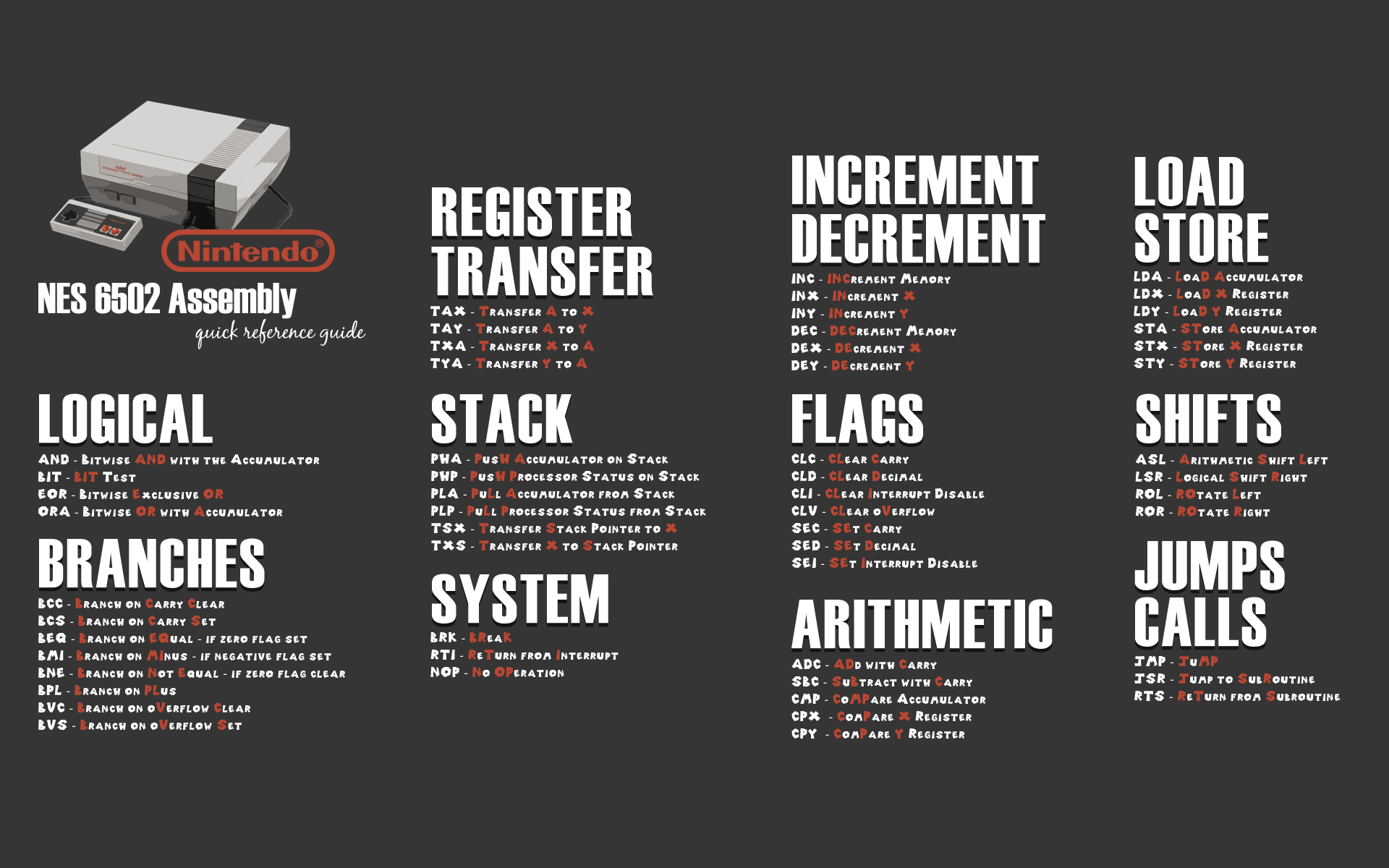 For relatively new assembly programmers, such as myself, remembering each command/mnemonic is difficult and often not necessary. A wise man named Albert Einstein once said, “Never memorize what you can look up in books.” So using his approach, I thought it would be a good idea to consolidate the instruction sets of each assembly language I have been exploring into an easy-to-use assembly reference sheet. In fact, I took it a step further and made the assembly reference sheets into high resolution backgrounds.

“Never memorize what you can look up in books.” - Albert Einstein

Since I learn well with visual cues, each of the assembly reference sheets comes with stylized version of the console and typography to match. In all, I completed a background for the NES, Sega Genesis, Gameboy, and Dreamcast VMU or “Virtual Memory Unit”. Here is the NES background. The rest can be viewed below. 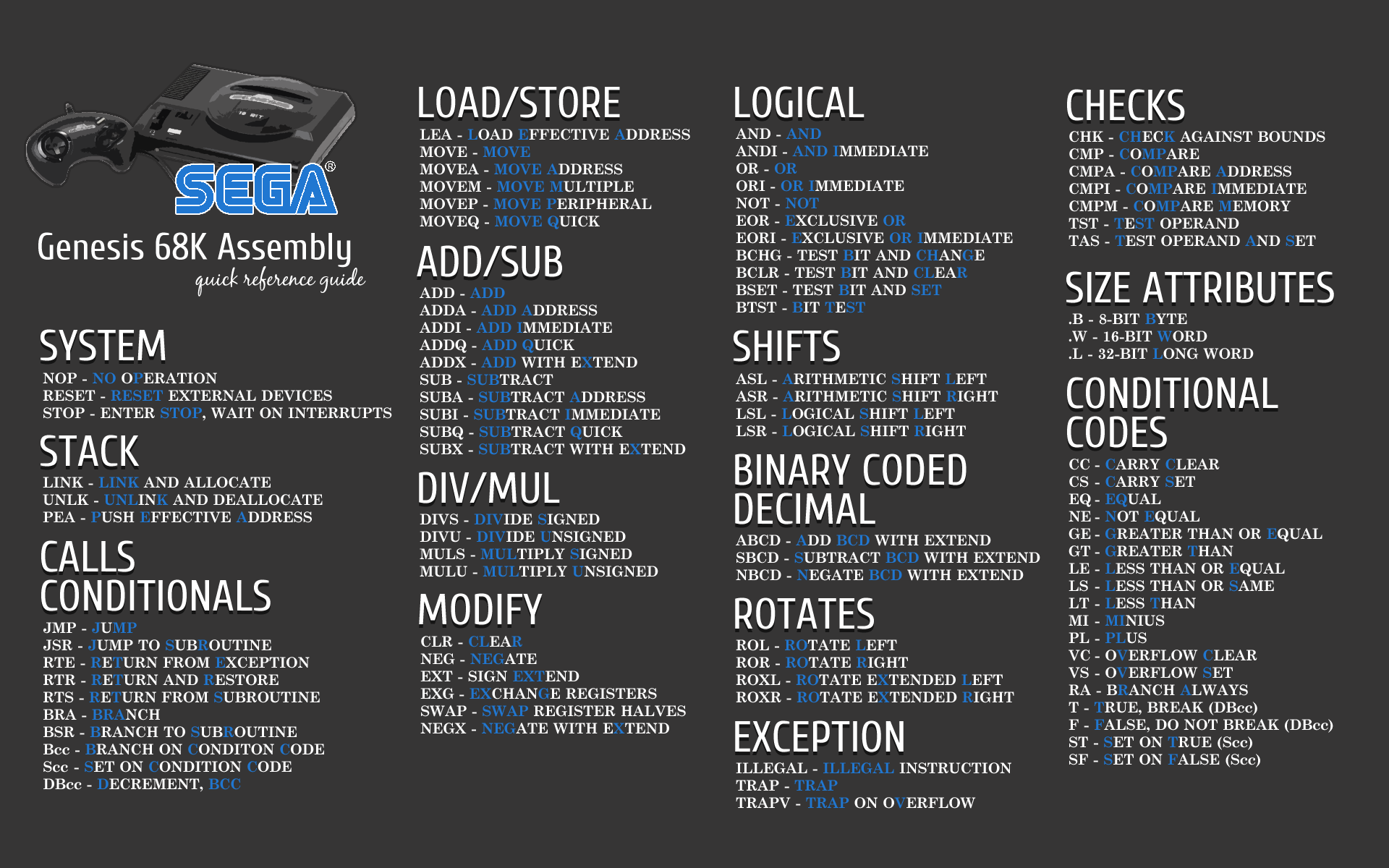 Of all the sheets, the Genesis was probably the most tricky. I had to really play around with the real estate of the image on this one. There are definitely more commands for the Motorola 68k; however, there is still probably some work I could have done to reduce how many I listed. For instance, most of the commands expand to work on different data sizes like 8-bit, 16-bit, and 32-bit: I could have condensed the commands to the least common denominator and left the expanded versions of the commands off of the sheet. 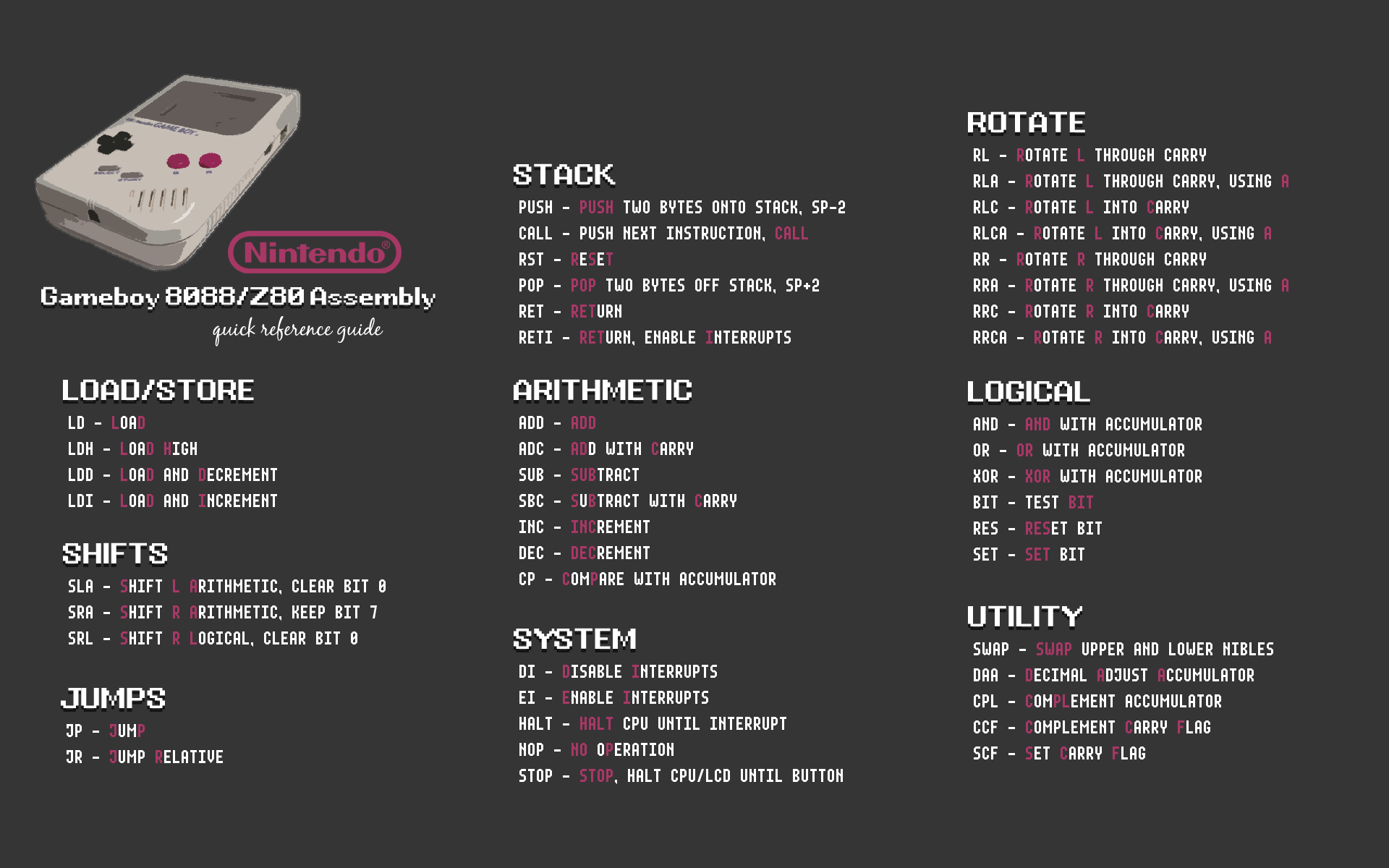 Here is the sheet for the Gameboy. Not much to say here except it was a little more difficult to hunt down documentation online about the command set. 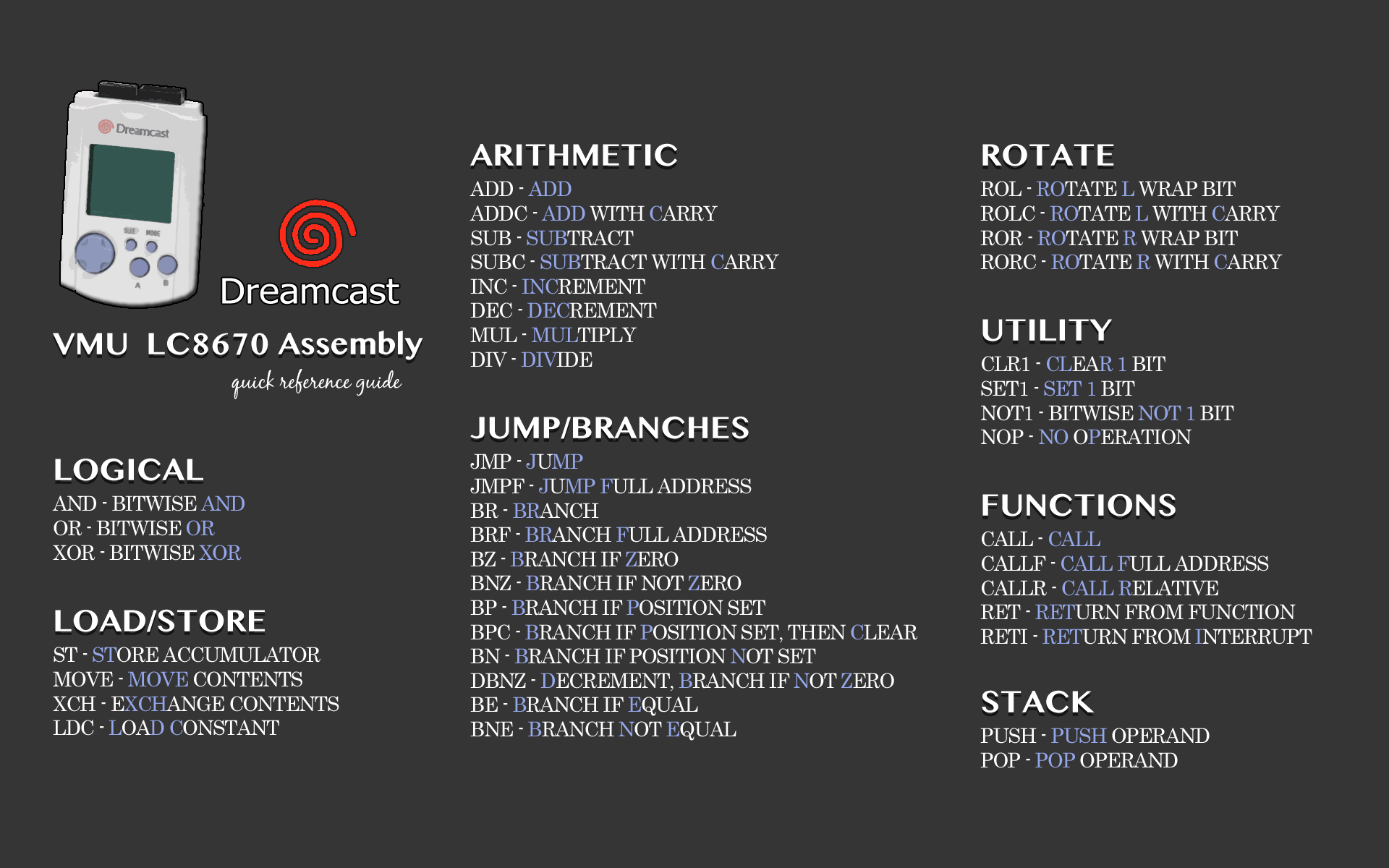 This last assembly reference sheet is really an oddity because it involves a more modern console. My guess is most programmers for the Dreamcast would use something like C or C++ to code games unless they were digging down and optimizing code; however, the VMU, is a separate case. The documentation for this was really hard to find, but here is this little gem of a codebase http://mc.pp.se/dc/.

Just a side note, each of the assembly reference sheets do assume some knowledge of how the assembly commands function. Again, the point of these sheets is to have a quick reference to what a command does at a high level. Understanding how you can string these commands together to create good assembly code is truly a work of art, and it takes practice.

Feel free to share these and use them in your own development.