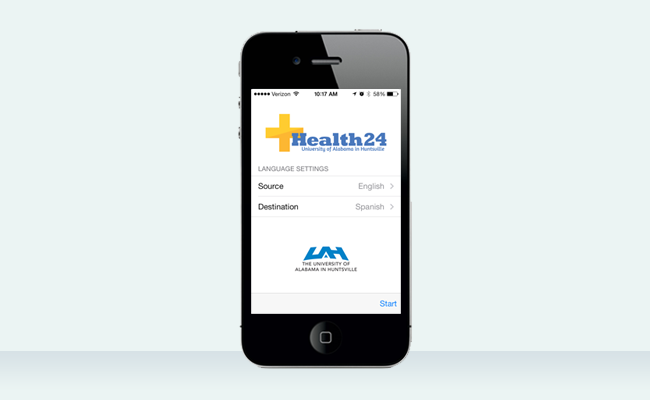 During my final year at the University of Alabama in Huntsville, I was invited to join a student programming team for America’s Datafest 2013. The team was asked to compete in the weekend-long hack-a-thon to develop an application for aiding migrants. After one weekend of intense coding and collaboration, our team created a healthcare application called Health24.

In short, Health24 is built to assist migrants in accessing health information by using image-to-text translation. It was built as both a mobile and web application. I contributed as the lead iOS developer and backend programmer for the translation system.

After users (migrants) launch the Health24 app, they are first prompted to select a source and destination language that will be used to perform the translation. Then, the user can either upload an image or take an image using their phone. This image will then be processed in three shorts steps: (1) recognize the text in the image, (2) translate the text into a destination language, and finally (3) return the translated text back to the user.

As part of the final submission, the team was asked to create a short 3-minute video describing the project. I have embedded the video below.