Since it reads more clearly, I am writing this post in first-person; however, Katie is sitting next to me, and we are creating this content together. Also, she took all the pictures!

Before heading out from Tahoe, Katie and I woke early to see the sunrise over the lake. It took some maneuvering to get down to the water for pictures because of the no parking signs and private property, but the results were worth it. Here are two of the shots Katie captured with her Nikon: 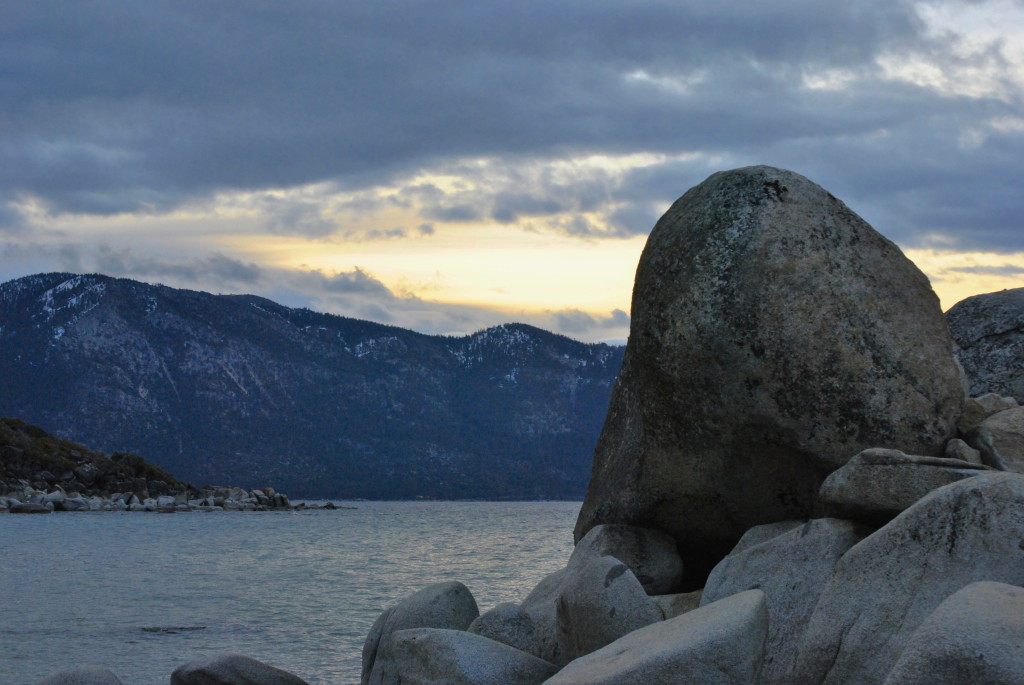 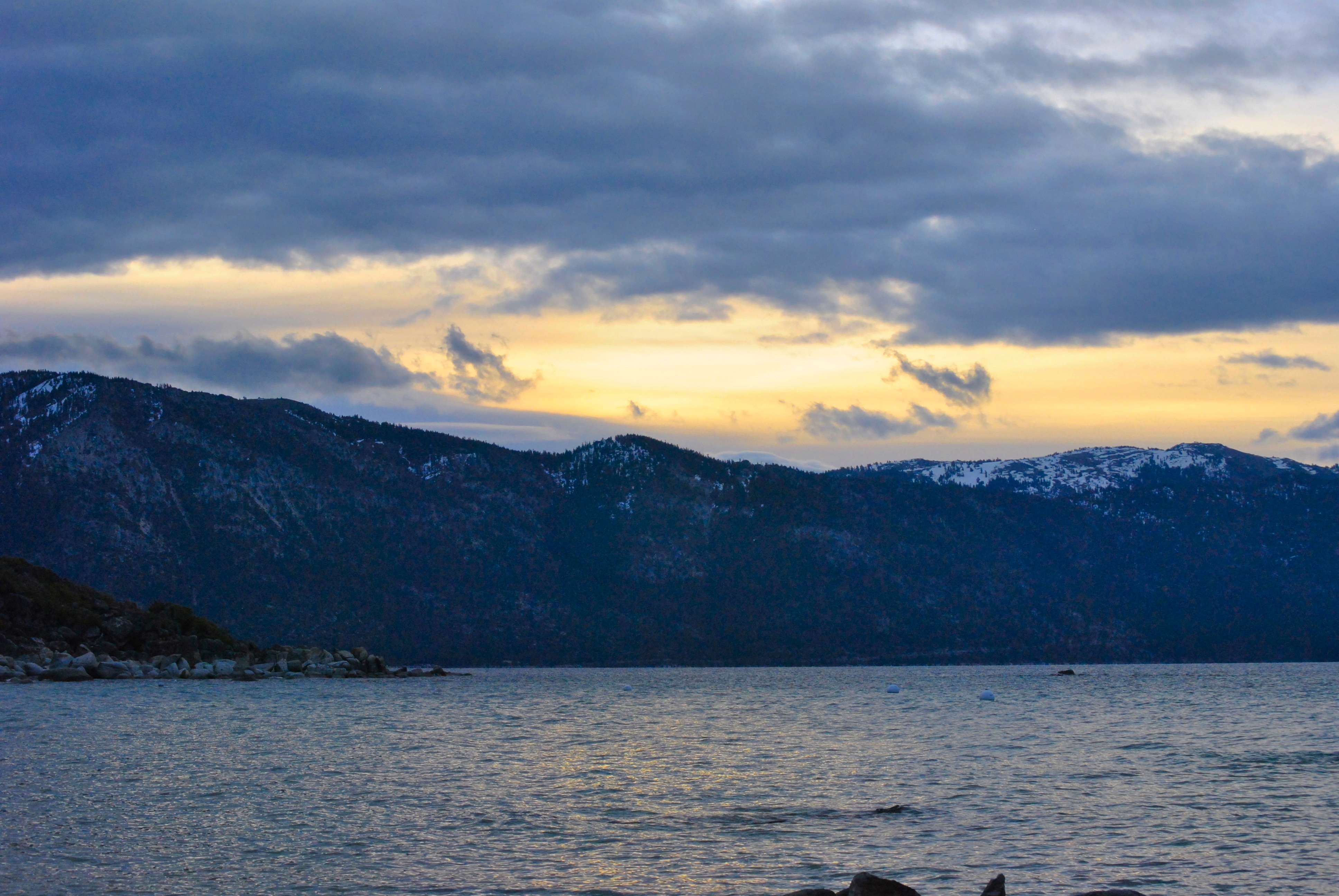 After snapping some pictures, Katie and I went back to the cabin to say farewell to Jan. She greeted us again with another great breakfast seated around her table in the front sunroom. There, we had an opportunity to catch up with her, share some experiences, and get recommendations for places to see on the way home. Here is a picture of us with Jan that we took before leaving the cabin–she’s great. 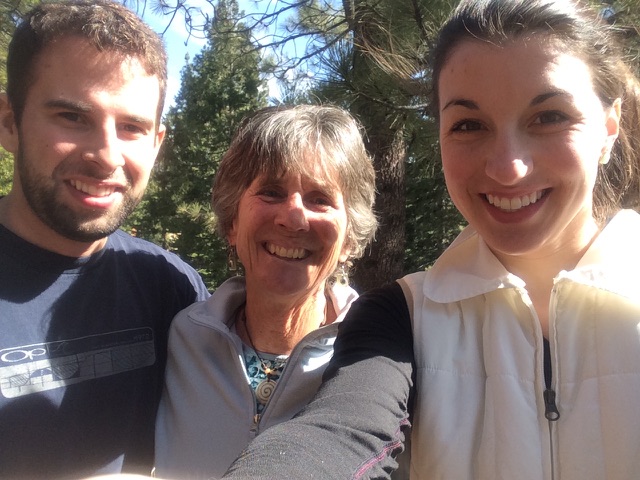 On the way back to Mountain View, we stopped in Truckee, a small town in Nevada County, California. For those history buffs out there, this area of the country is near where the Donner party met their treacherous end. Despite this chilling fact, Truckee and the surrounding area is beautiful. It is nestled near the crest of the Sierra Nevadas which provides a picturesque backdrop to its small town eateries and shops. 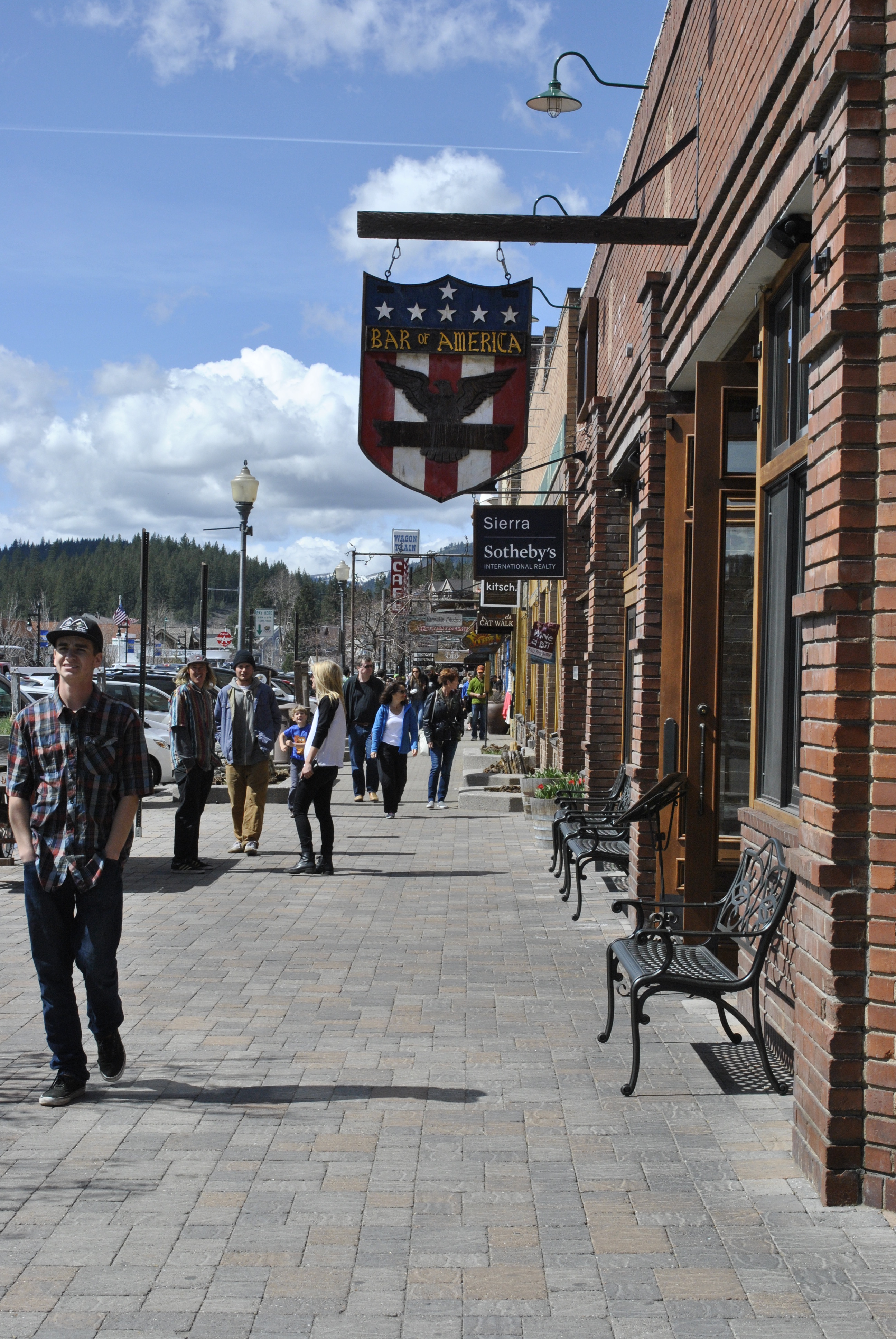 Katie and I really enjoyed ourselves here. We browsed through several shops on the main drag (Commercial Street), visited an art gallery, and unexpectedly taste-tested olive oils, balsamic vinegars, and honeys for free! The taste-testing was particularly fun because Katie and I took turns suggesting olive oil and balsamic vinegar pairings. Of course, each of Katie’s pairings were delicious, and mine were… interesting at best. 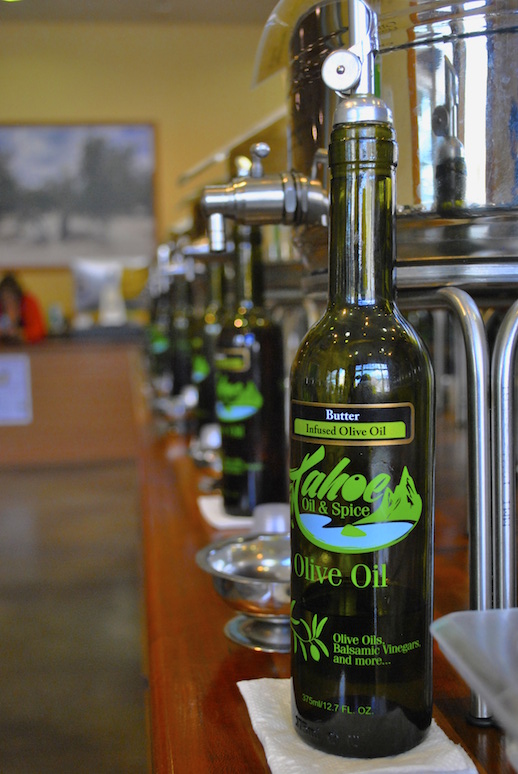 Next, we shared tapas at Marg’s Taco Bistro, and we were both pleasantly surprised by the heartiness and tastiness of the small portions. Then, before heading out of town, we swung by the Coffeebar for a croissant and chai tea. If you have the chance to visit Truckee, we’d recommend both of these places. 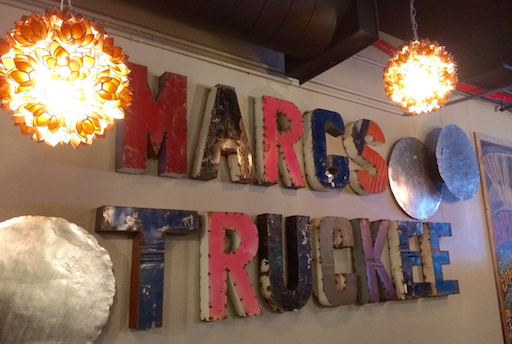 After Truckee, we wasted no time getting back to Mountain View. Since it was not quite dinner time yet, I took Katie into downtown Mountain View on Castro Street–this little venture may have sold her on California living. Castro Street is full of interesting shops, ethnic cuisine, and maybe Katie’s favorite… a shop called Alexander’s Patisserie that does fancy macaroons. 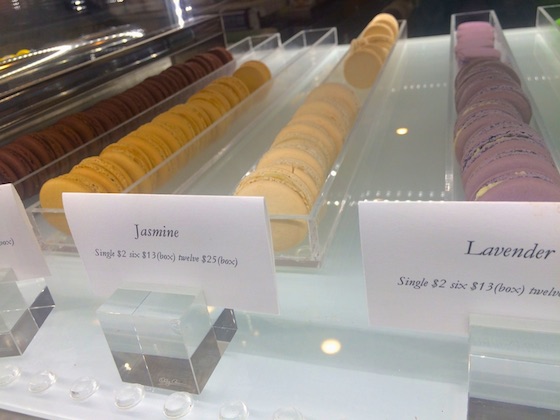 For dinner, we stopped at Sono Sushi. This place was really interesting. Centered in the restaurant, a fleet of small wooden ships float around in a procession carrying fresh sushi. In a buffet-like manner, you can simply grab plates of sushi as they float by you. The prices of the sushi vary by the plate’s design. For example, the more expensive cuts of fish were on dark plates and the cheaper ones were on white plates. Although we did not eat a record-breaking number of sushi plates (their current record was near 30+), we did have a very healthy and yummy amount of fish. 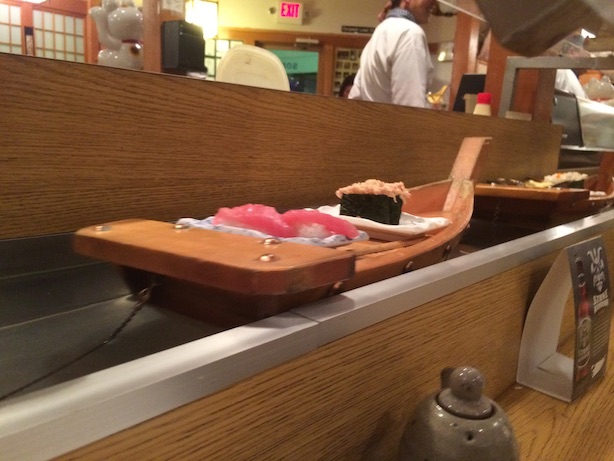 Our last stop of the night capped off an Asian-inspired dinner—we each had bubble (milk) tea at a local hotspot. Although, unbeknownst to us, we ordered bubble tea without bubbles! I take credit for this mishap, I should have called Chris before ordering to confirm that we were buying the right bubble tea. Either way, it was delicious.

Katie took way more pictures than shown here, we’ll be sure to post them in a gallery later.